JUST A BALL GAME? (JBG?)‘s first #StrongerTogether initiative was also their first ever seminar, and it was part of LGBT History Month 2019 celebrations.

The event was hosted by The Football Association, whose chairman Greg Clarke mixed with delegates and the day was supported by UCFB, GMB Trade Union, KICK IT OUT, The Professional Footballers’ Association,and The National Lottery Community Fund.

Over ninety people gathered to hear the speakers and guest panellists from a wide sector, all of whom had partnered with JBG? over the previous eight years.

It features a selection of International LGBT+ Fan Groups to help raise awareness and visibility around LGBT+ Equality, Inclusion and Diversity.

Out, Proud and Kicking

In celebration of those women's players who have spoken to the media openly about their sexuality, here at JBG?

We have produced a double sided poster of 14 players and a coach who will feature for their International sides in the tournament in Canada, all of whom are OUT, PROUD and KICKING.

The project was initiated as an outcome of a consultation meeting to discuss homophobia in sport and raising awareness of LGBT issues and inclusion.

At the conclusion it was suggested that the LGBT population is a major distinctive community, and it would therefore be good to have it represented in some meaningful way.

We aim to raise awareness around LGBT inclusion and visibility.Promote LGBT history and achievements. 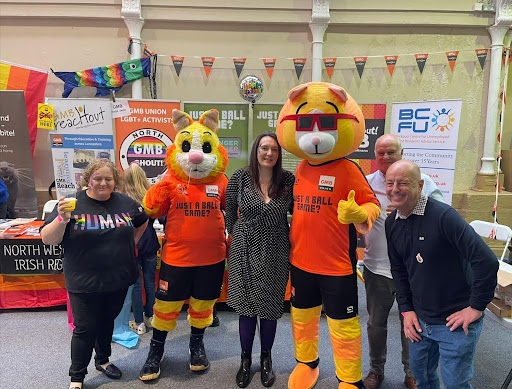